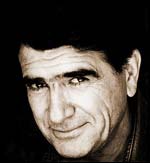 Mohammad Reza Shajarian was born in Mashad in Khorasan province in 1940. He got involved in music under the supervision of his father when he was only five years old. As a teenager, he began studying the traditional classical music (Radif) with the great masters of his time such as Esmaeil Mehrtash and Ahmad Ebadi. He also enjoyed the styles of those singers who came before him (such as Taj Esfahani and Ghamarol Moluk Vaziri).

In 1950s, Shajarian was on the radio and warmly welcomed by the majority of the Iranians who began to love him gradually. Later on, he started teaching at the department of Fine Arts at Tehran University as well as working at the National radio and television. After the revolution in 1979, he said farewell to the radios and televisions up to this day.

After years of silence in Iran, his recent performance for the people of Bam was an outstanding humanitarian step towards his own people. He is widely known and accepted as the Singer of the People.

In 1999, UNESCO in France presented him with the prestigious Picasso Award.

His ability in choosing lyrics, playing with the words, creating the best classical music, working ceaselessly, Persian calligraphy, and performing everlasting pieces of Persian traditional music is, by all means, an exception in the world of Persian music. There is no doubt that Ostad (master) Shajarian is the most perfect singer Iran has ever grown and will be missed generations after generations.

May God keep him safe for the people to enjoy his presence of love forever. Amen.

Three of his songs are chosen for this collection