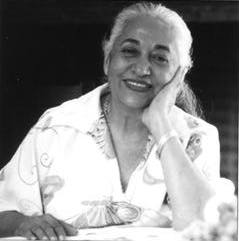 The first lady of Persian music, now in her mid seventies, has been one of the most outstanding figures the artistic society of Iran has ever witnessed. Marzieh has touched the hearts of millions of people by her lovely performances and songs that will be whispered forever. As long as music exists, Marzieh will be remembered and highly respected at the horizons of the music world of Iran. She has enormous number of songs and almost all of them seem familiar to the Iranians. She has spoken on behalf of every single person who had something to whisper. Like other ladies in Iran, she became silent in 1979 and no longer appeared on any stages of her homeland to sing for her people. In 1990s, she left Iran due to her political ideas and joined one of the anti government organizations abroad.

Soon after she left the country, she performed several concerts in Los Angeles (1995), and later in Earl’s Court (London in 1996), as well as in some other places where multitude of people of different backgrounds, beliefs, religions, and nationality gathered and joined in friendship and peace to remember those days of old age in Iran once more. They loved to hear her voice live again and Marzieh made their dreams come true at such an old age.

One of her songs is chosen for this collection.